The lofty Schüttkasten was originally constructed in 1774 to serve as the main granary for the region. The building’s six storeys provide a total area of 2,200 m², making it unusually spacious. The interior features large Roman stone pillars and long, hand-carved wooden beams, reminiscent of times long past. 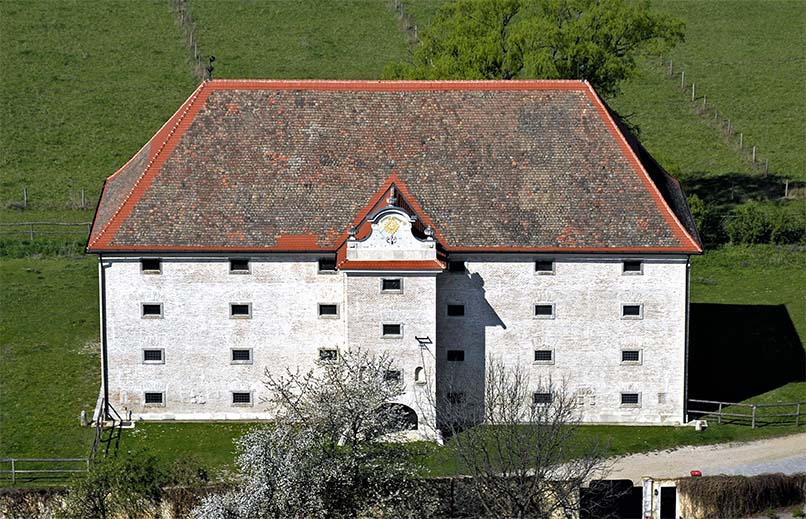 This inscription is carved above the building’s entrance:

“Here on the site of the ancient city of Carnuntum, built by the Pannonians, conquered by the Romans in the year X (10), destroyed by the Moravian – Silesian – Poles in the year CCCLVII (357), this granary was constructed in the year MDCCLXXIV (1774) on Roman foundations, using the stone they brought to the city along with burnt bricks dating from the reign of Emperor Constantius II.”

The building is heritage listed and monument protected, and is currently undergoing renovations. Works are expected to be completed by the end of 2022. The building will then be fully equipped with modern facilities, including year-round heating, and available for functions and events of all kind.
All enquiries are welcome.
Enquiries

Take a closer look at the building, including the ancient Roman stela of the façade, in this 3D model. Once construction works are complete, the model will be expanded to include the buildings interior.